Work Continues on 'Visits With Angels'

Work Continues on 'Visits With Angels' 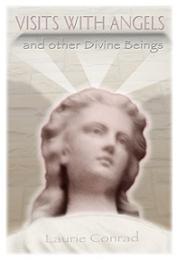 Found lost footnotes for D., sent other small corrections as Diana continues to format Visits With Angels; we are almost done with Section III. Diana is freezing in Dallas, swathed in sweaters - the hole in her ceiling due to various plumbing woes is in her computer room. We hit a temporary snag over two footnotes, but that seems to be straightened out now.

Friends came over tonight and I played Brahms on the piano for two hours, Intermezzi, Rhapsodies, Capriccios - and spoke about the music. A nice break from the books.

Found an old e-mail from Diana with ‘Frog Stampede in Dallas’ for the subject line. The expression, frogs jumping out of the wheelbarrow = someone is very busy. Imagine a stampede ...

“Thanks for hanging in there & making good suggestions. There's no way through this than to just keep moving and address things as they come up.

So we are back to doing one story at a time before moving on - which makes sense because any changes we make, including footnotes, will affect the later stories. We spent most of yesterday on one four page story, mainly because I kept making mistakes. We had footnote trouble, text trouble - and too many lines of text. To right this last problem I deled a few lines of the ms, which actually improved the writing, and made other changes. Diana also solved the “header” problem we were facing by using a “folio” technique instead. She wrote: “The way I've designed them is so that they become an integral part of an already-established repeated element: the page numbers. Actually the correct name for this particular type of design element is "Folio". Let me know. I personally think it is both balanced & efficiently serving your requested purpose to help people keep track of where they are in the book.” In this way, instead of being at the top of each page, the section titles will be with the page numbers at the bottom of the page - and in my opinion this technique enhances the overall design. I gave a hearty “yes” to the idea. Diana has very cleverly put these section titles at the bottom of pages in a lighter print, to match the print used for the entry dates that head each Journal entry. And I certainly agree with her statement: “I don't know about you but I think less is more. In design especially, less is more elegant.” Personally, I find Diana’s work exceptionally clear and elegant.

As a graphic designer, Diana also proofs my work as she goes and makes changes as needed; my way of putting quotation marks before an end period, “For instance, this way”. - is incorrect. She changes them all as she goes; I was not even aware of this until my new editor checked Realms of Light and The Spiritual Life of Animals and Plants, and saw that Diana had corrected the same error in my previous books. Diana often will also make suggestions for wording footnotes - essentially Diana is an editor as well as a graphic designer. No wonder formatting is such a huge task ...

And in many ways writing a new book would be easier than editing and correcting and formatting an existing manuscript. I essentially rewrote We Meet in Dreams in three weeks, almost from scratch ...

Which makes me wonder if I shouldn’t write another.

Diana will begin the graphics for We Meet in Dreams next week, even though we will not be done formatting Visits With Angels by then. She needs to add folios on every page already formatted; and we have several stories left in Section III and all of Section IV of the Angels volume. We are deciding on the folios now, shortening the section titles. We are also discussing whether to leave the A Mystics Journal headers - or just have folios at the bottom of the pages. The Table of Contents will be formatted last, and I am still waiting to hear if the subsections of the Interviews will have angel graphics or not. It is mostly a matter of time and the number of frogs in Diana’s wheelbarrow.

Diana sent me Chapters 1-10 of section 3 in the middle of the night, I just printed them up. All my corrections are in and the folios at the bottom of each page; she deled the headers. Hopefully this is the last time we proof them. I am very pleased with Diana’s work, and glad that we decided to start each story on a new page in this volume. We decided not to for Realms of Light, and I now think that a mistake. It left the book looking a bit muddled here and there. It was my decision, in order to make the page cut off points for the publisher, and now I do regret it. To start each story on a new page will use more pages, and make the book a tad more expensive - a dollar or so added on - but I think it well worth it.


I put the newly printed pages in a manilla folder because the manuscript of We Meet in Dreams is in the binder. Now to start proofing. Diana wrote: “Despite going thru 7 versions of this section, neither of us noticed that the Thursday Feb. 17 entry of A Mystic’s Journal was BEFORE the Tuesday Feb. 15 entry. I'm presuming this wasn't deliberate?! .... ” No, it was not deliberate, and this time through I will make sure to check all the entry dates.

Today a drop in temperature; small, fluffy flakes everywhere in the wind. Diana sent the last three stories of Section III late last night and wrote that she was finally going to bed. I sent her my corrections.

Today I will go over all of Section III, checking for mistakes. It becomes more and more difficult to catch them. Even though I begin my work slowly and carefully, before I am aware of it I am reading through, reading instead of editing. Looking for rhythms and the clarity of sentences, instead of checking for spelling and punctuation errors.

Diana woke bleary-eyed from all her hours at the computer yesterday; sent me back a sentence I had mangled in the middle of the night, one of my so-called corrections. Still, the excitement of going on to Section IV and finally finishing this volume drives us happily onward. I love the fast pace, and am always disappointed when she takes a well deserved break.

Sent Diana all the new corrections for Section III, hopefully the last ones - and proofed Section IV and sent that along to her as well. Very few changes; shortened a few sentences, lengthened others. Checking for rhythms and clarity, tried to strengthen images; slightly changed one idea. At this stage, the fledgling is ready to leave the nest - ready or not - and go into print. There is always the thought that the entire book should be rewritten, because time has passed, I have changed - and there are so many ways to write a book. And yet when I reread what I have written, I am pleased, even pleasantly surprised. There are always those two realities for me - because we can never truly find words for what we have lived, for who we truly are, for all that we contain and carry with us ...
Top
Post Reply
1 post • Page 1 of 1