Shared Dreams from the new book "We Meet in Dreams"

Shared Dreams from the new book "We Meet in Dreams"

The True Nature of Dreams: Shared Dreams; Taken from We Meet in Dreams, which will be published in 2010. 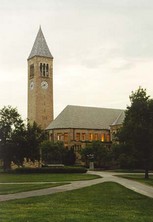 There are special dream experiences that we can share with another incarnated human or humans, and I call these “shared dreams”. These sorts of dream experiences are not psychological dreams, i.e. not dreams comprised of only our thoughts and memories and desires, they are not the product of our own personal psychology. Shared dreams can be to other places on earth, or to other realms, or can be about the future. In these shared dreams two or more people go to the same place, on the same night, and have more-or-less the same experience there. Often the two people will see each other there, sometimes not. But both people will describe the realm, and the events that occurred in the realm, in a similar way - even though they might have had their own individual and private experiences there.

As in other “dream” meetings and visits, these shared “dreams” feel more real than ordinary dreams, and are more vivid than ordinary dreams. Some of these shared dreams are ongoing - and some are a one time visit. And either sort of dream meeting can be to another place on earth, or to a place in another realm. If there is a specific event in another realm, or somewhere on earth - then two or more people will dream about it on the same night. For example, if a concert is scheduled for eight o’clock in the evening in this realm, and you and a friend both wish to attend it, then you both have to show up at the right place and the right time. The same is true in visits to other realms.


An Example of a Shared Dream: SPRINGTIME at CORNELL - The BELLS

I had an interesting shared “dream” during the time I was living at the State Street house, over twenty years ago. I remember this “dream” vividly. In this dream meeting, I am floating over Ithaca, and fly through the air to the Cornell campus. It is a beautiful day, and as I approach a lawn near Sage Chapel, from the air I see what looks like a large outdoor celebration of some sort, a party. People are happily bustling around, eating and drinking; many people seem to know each other. Some clump into various small groups, some people travel from clump to clump, or wend their way between the other groups in order to get to another desired destination on the lawn. It looked like a vast, sprawling, happy party. It is springtime, all the spring trees are flowering, and I can hear the bells of the Cornell clock tower ringing. Hundreds of people are there. I “land” on the lawn and join the party. I meet my friend Frieda, and more-or-less stay with her and our small clump of people. Frieda is the only person there that I recognize. As I stand before my friend, our futures unfold symbolically in the space between us. We smile at each other and the “dream” ends. The next morning I told a friend who was visiting the State Street house about the dream. She laughed and said: “You were there too? I didn’t see you there. Everyone was getting married, all sorts of people.” When she said this, I realized this was true. Two people in our cluster of celebrants did appear to be having a private ceremony of some sort while others, including myself, watched. Although my over all feeling was that I missed most of the weddings, and instead got there in time for the receptions.

When my friend Diana was visiting Ithaca last month - this is over twenty years later - she went up to the Cornell campus. When she returned from her errand, she said that one spot on campus had been the scene of a dream that she had had many years earlier, a dream about a big party at Cornell. She recognized the lawn and the buildings nearby, and it all looked just as it had in the dream. I smiled to myself and asked her when she had this dream. She said it was over 20 years ago. I then asked her if it was spring. And she said, with some amazement - “Yes. It was spring.” I asked her if she was at Sage Chapel, and she answered, “No. But I was on the lawn at Olin Library, which is right across from Sage Chapel.” I then asked her if the dream seemed different from her other dreams and she answered, yes, it left her with a visceral memory, as though it had been a real event. She also said it had been one of the most vivid dreams she had ever had, and that it had stayed with her throughout the years. Moreover - she had never been to Ithaca before the dream. Nor had she even heard of Ithaca, nor seen the Cornell campus, not even in photographs or books. She said, “ I had this dream before you and I ever met, before I had even moved to Ithaca. This dream brought me to Ithaca.” She added that on her first trip to the Cornell campus, many years ago, “It was exactly as it had looked in that dream! ... It was the place I saw in my dream.”

Neither of my two friends, nor I, knew Diana at the time of the shared dream. At least not on a conscious level. And my future did unfold as foretold in the dream, as did my friend Frieda’s.

These special dreams can unlock a few mysteries for us if we allow them to. For one, these dream meetings and visits can teach us that we are not just the physical body, that there is a part of us that is not limited to the physical body - and that there is a truer, perhaps even eternal aspect of ourselves that we are not ordinarily aware of, a self that can even travel unfettered among the stars.

Am I saying that all astral travel, or out-of-body travel, or dream travel is sacred and that of the Soul Itself? No, I am not. We can also go to lower realms in these special dreams, and fall into our own lower nature while there. We can plummet to the base of a cliff as others easily float in a “dream” visit, because we are beginners, neophytes, and have much to learn.

But we can also go to higher realms and learn and evolve, just as we can learn and evolve here on earth, in the physical body. We can take the lessons we learn from these dream experiences and try to put them into our waking state lives.

And these dream experiences can also lead us to question the concepts of time and space as we ordinarily experience and think about them.

For example, if my friend Diana could visit the Cornell Campus (in the story Springtime at Cornell) in a dream, years before she actually stood there physically - then obviously there are modes of travel other than busses, cars and airplanes that carry us from place to place. And we would have to question the very nature of time and space. But that is not the aim of this book, that would have to be another volume.

Shared dreams are a fairly convincing proof that we are not always working out our own psychology in our dreams, but at least at times are going to other realms or other places on earth while asleep. For if it were just an individual mind’s dream - a working out of an individual’s own personal psychology - then how could two or more people both be there, while in dream state, in the same place, and describe it in the same way?

If we were just sharing thoughts, melding minds so to speak - then our dreams would be identical. And this is not the case. Even though my friends and I were in the same “physical” place on our small earth in our “dreams”, we did not have the same experiences there. We were all at the same party at Cornell, and described it in much the same way - which tells us that we shared the same “reality”, in the same way we do in waking state consciousness here on earth. In other words, it was not just our individual reality or personal psychology creating the party scene at Cornell - as in an ordinary, psychological dream - where I would say it was in the winter and my other friends would say it took place in summer, or I would say we were in California and they would say, no it was Paris.

In this shared dream, Diana was with people who were playing music and strolling around as though at a music festival. Frieda, my State Street friend and I, in our shared dream visit to Cornell, were across from Diana on the Sage Chapel lawn. Where we were, people were happily interacting or getting married, and there was no music playing. Undoubtedly it was all the same party, yet we each had our own experience of it. My State Street friend and I did not even see each other there, even though we would have readily recognized each other. Perhaps we were there at different times of day. Diana said she did not hear the clock tower bells ring, whereas I did. It is very possible that Frieda and I arrived either before or after my other two friends had already been there. And to make it all more interesting, Diana and I had not yet even met in this reality.

In this shared “dream” example: we seemed to be in the same place on the same night, but we had different experiences there. Just as it is for us on earth, in waking state consciousness.

You could say that the Divine Mind, as Paul Brunton calls it - or God in my terminology - gives us earthlings a common framework, a common reality to work with in our conscious, waking state lives here on earth. Then we choose, within that shared framework or reality, our own experiences and perceptions of those experiences which we then call our life. We have the whole world to choose from, and a world we all agree on - where a tree is a tree, Australia is of a certain latitude and longitude on the globe we call earth, the sky is above and the earth below. Yet three friends can attend the same party on a Cornell lawn, and one person attends a wedding, one listens to the rock music and another speaks to other friends at the party and hears the bells ring . That is free will, a personal decision within the larger, shared framework.

We can also examine these dream experiences and let them lead us to know and understand that our true relationship is soul to soul, and that we are in some mysterious way connected to all other sentient beings.

Dream meetings - whether shared dreams, or visits to or from someone we know in other realms or somewhere on earth - can lead us to this simple truth of connectedness. In these dream meetings we are connected in Mind, soul to soul, for the physical bodies have been left behind. Sometimes in these dream meetings we will either meet or help or be helped by people we have never physically met, and will never physically meet. In my view, we could not even find each other for these unembodied meetings, unless we were already existing in a mysterious Oneness on the soul level.